The other day Syrian Girl, who by now probably long finished her PhD in chemistry in Australia, posted the video below summing up what we know about the history of the coronavirus. We know it but the Corporate Media does not. They skipped over the fact that this virus has Crisper cutting marks where the HIV virus was spliced into it.

George Martenson at Peak Prosperity, who has a PhD in Toxicology, has been following this virus on YouTube. He says this virus will be with us for a while and that it will very  likely mutate and come back again and again killing us again and again because vaccines probably won’t work. And, if one does, we face an even worse fate. Digital certificates from Bill Gates which will allow us to leave our homes, go to work and buy food. Bill Gates will even let us renew our driver’s license and be molested at airports by TSA if he likes us and does not cancel our certificates and our access to our bank accounts and credit cards. Talk about Mark of the Beast!

Too bad for Bill and the Globalists that gold and silver coins are not digital.

John Kennedy Jr published his interview with Bill Gates in George magazine. I actually talked to his sister Caroline Kennedy who said her brother named the magazine after George Washington because he greatly admired George Washington and the Founding Fathers. JFK Jr died in a “plane crash” in on July 16, 1999 at Martha’s Vineyard. Barry Chamish, who has written a lot on the assassination Prime Minister Yitzhak Rabin critical of the Israeli government’s involvement, said that the Mossad had a motive to kill JFK Jr to stop the forthcoming article. But John Jr was thinking of running for the Senate in New York against Hillary Clinton. Another definite “No No.”

In this interview Bill Gates in February of 1997 says that in 2020 the worst case scenario is an over-populated planet choked to extinction by a lung attacking virus. 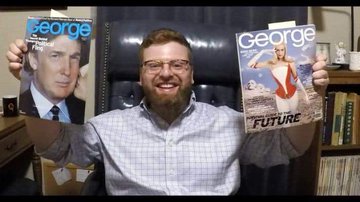 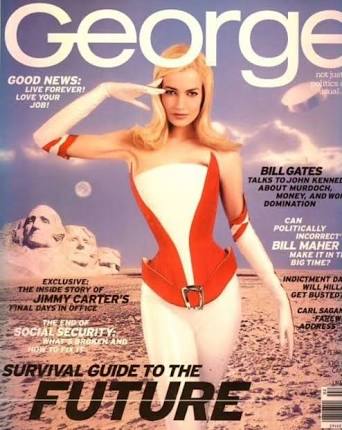 This all started when I saw this video from Syrian Girl. And then I posted it on a forum and got responses on line by Jim and by email from Bob in DC.

Inquiring minds want to know how Bill Gates back in 1997 could predict our future in 2020?

8 Ways This Banker Occupied Government Is Trying To Kill You

Video: GMO Ticking Time Bomb, The Bankers Want You Sterilized And Then Dead

Israel Shahak: The Laws Against Non-Jews In 2 Minutes

I have decided to share two of the visions I had as a child. When I was eight, I had a vision of a future war that killed 99.5% of the world's population. When I was 16 and living in the projects, I had a vision of my future. I was to live in complete obscurity until it came time to stop WW III. When I was about ten, I had read a bio of Nikita Khrushchev which said he survived Stalin by playing the bumbling fool an old Russian peasant trick. I decided to do the same as I had already learned that we did not live in a democracy. The other vision I had when I was in third grade was of the Mind of God and how it interacted in the creation of the world we see. I believe you and I were born at this time precisely so we would have an opportunity to stop this war. As for my personal info, I grew up on military bases and in housing projects. My legs atrophied from starvation as a child. My second step-father died in prison. I used to have to rub my skin to simulate human contact. They did not feed me when I was a child. I do not fight in their wars as an adult.
View all posts by horse237 →
This entry was posted in Politics and tagged Health, politics, Revolution. Bookmark the permalink.