Harris has been a staunch supporter of the drug war. As San Francisco D.A. she opposed a measure to legalize marijuana. As district attorney, Harris oversaw 1,900 convictions for pot offenses. She admitted to smoking pot at college. (1)

Trump criticized Kamala Harris over her harsh treatment of Supreme Court Justice Kavanaugh at his hearings. However, Kamala Harris said last year that she believed the accusations of several women who claimed Democrat presidential nominee Joe Biden sexually assaulted them. (2)

Update. Kamala Harris has a half black father who claims to be a descendant of a Jamaican slave owner. Her mother is a Tamil speaking Dravidian Hindu whose skin is as dark as her daughter. Some upper caste Hindus in northern India have very light skin.
Her mother is a Dravidian from the South. Kamala Harris has a Jewish husband and no children. To say she is black is stretching the point. (17)

Update 2: Government Accountability Institute President Peter Schweizer said (On Tucker Carlson show) ““Tucker, from 2004 to 2011, she was San Francisco attorney general,” he continued. “She did not prosecute a single case of sexual abuse involving Catholic Church priests. To put that in context, of the 50 largest cities in America, all 50 of them prosecuted at least one case during that time period, except for Kamala Harris. And in addition to that, she inherited, from her predecessor, Terence Hallinan, hundreds of pages of internal Catholic documents that included the names of 40 current or recent priests who had been charged by parishioners with molestation.”

“Hallinan was using those documents to build criminal cases, and he was also planning to release them after redacting the names of victims,” Schweizer added. “Kamala Harris actually deep-sixed that document and froze those documents, and those documents disappeared, much to the chagrin of victims’ groups. So, it’s a massive cover-up. And a lot of the people that financed her campaign to beat Hallinan were law firms and lawyers and people connected to the church hierarchy, who did not want that — those documents to come out.” (18) 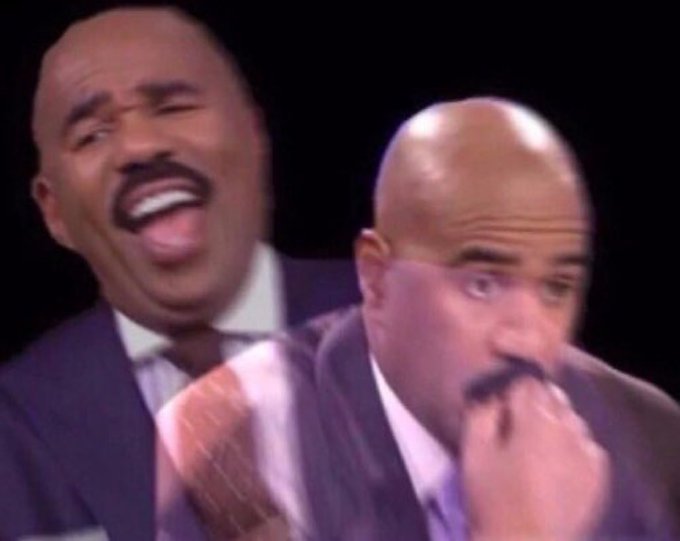 Ordered to reduce the population of California’s overcrowded prisons, lawyers from then-California Attorney General Kamala Harris’ office made the case that some non-violent offenders needed to stay incarcerated or else the prison system would lose a source of cheap labor. In 2011, the Supreme Court ruled in Brown v. Plata that California’s prisons were so overcrowded that they violated the Constitution’s prohibition of cruel and unusual punishment. Three years later, in early 2014, the state was ordered to allow non-violent, second time offenders who have served half of their sentence to be eligible for parole. (3)

Kamala Harris refused to endorse sentencing reform measures on the ballot in 2012 and 2014. When a federal judge ruled in 2014 that California’s application of the death penalty was unconstitutional, Harris fought that ruling too. (4)

Harris also wanted to threaten the parents of truants with jail time. (5)

Harris challenged the release of a man who had been exonerated by the Innocence Project and had his conviction overturned. Harris argued that Daniel Larsen, who spent 13 years in prison for the crime of possessing a concealed knife, had not produced evidence of his innocence fast enough. A federal judge overturned his conviction after finding that Larsen had shown he was innocent, that the cops testifying at his trial weren’t credible, and that his attorney, since disbarred, was constitutionally ineffective because he had failed to call any witnesses. (6)

Kamala Harris posted Father’s Day greetings to Twitter on Sunday comparing deployed military fathers who are away from their children on Father’s Day to illegal aliens and accused criminals. Harris listed them in presumed order of dearness to her heart, putting US military dads third behind first-in-her heart illegal aliens and accused criminals who can’t make bail. “Today I’m thinking of the fathers who can’t be with their children because they were ripped from their sons and daughters at the border. The fathers who can’t celebrate today because they can’t afford bail. The fathers who are deployed. … (7)

Kamala Harris insists that government should dictate how much red meat you are allowed to consume. According to Harris, Americans need to be eating far less meat in order to prevent carbon dioxide (CO2) emissions from warming the planet. (8)

Kamala Harris Proposes A 10-Hour School Day. According to The Hill, Harris’ Family Friendly Schools Act would create a “pilot program to give schools funds to stay open during the entire workday throughout the school year, as well as to invest over $1 billion to boost summer learning programs.” (9)

Kamala Harris proposed a bill to subsidize the rents of legal and illegal aliens by taxing residents of poorer states like Iowa and Ohio to help landlords in California and New York charge more rent. (10)

Harris claimed last night to have been one of the earliest and biggest proponents of police-worn body cameras. But as recently as 2015, she was arguing against making it California’s official statewide policy. “I as a general matter believe that we should invest in the ability of law enforcement leaders in specific regions and with their departments to use … discretion to figure out what technology they are going to adopt based on needs that they have and resources that they have,” Harris said at the time. (12)

Harris told viewers that she disagreed with President Obama’s policy of informing Immigration and Customs Enforcement (ICE) when undocumented immigrants were arrested for state or local crimes. But “as district attorney of San Francisco, Kamala Harris supported a city policy that required law enforcement to turn over undocumented juvenile immigrants to federal immigration authorities if they were arrested and suspected of committing a felony, regardless of whether they were actually convicted of a crime,” (13)

Kamala Harris Has To Answer For Not Prosecuting Steve Mnuchin; Steve Mnuchin and OneWest Bank were, according to a memo obtained and reported on by The Intercept, guilty of “widespread misconduct” in the form of over 1,000 legal violations. The memo was the result of a year-long investigation and it asserts that OneWest Bank operated to intentionally boost foreclosures. The Campaign for Accountability called for a federal investigation of Mnuchin and OneWest Bank claiming they used “potentially illegal tactics to foreclose on as many as 80,000 California homes.” Yet despite internal memos explicitly mentioning numerous prosecutable offenses by Mnuchin and co., then California Attorney General Kamala Harris refused to prosecute. She’s never given an explanation for her decision and Mnuchin later donated $2,000.00 to Harris’ campaign. It was his only donation to a Democratic candidate. (14)

This is an update. I found a video of Tucker Carlson’s interview regarding Kamala Harris covering up well documented cases of child sexual abuse against 40 priests in exchange for campaign cash. (19)

Kamala Harris thinks young people from 18 to 24 are stupid. “What do we know about 18 to 24 year olds? They are really stupid… they make really bad decisions,” Kamala Harris said at a symposium hosted by the Ford Foundation while she was California Attorney General. (19)

Tulsi scored some points in this debate. Kamala had no specific answers. Harris scored only 3% on the Drudge poll. Gabbard scored 42%.

Kamala Harris lied in that famous debate confrontation with Joe Biden. That public school was desegregated before she was born. And her Indian born mother took her to Canada when she was 7. If Joe Biden had a brain and were 30 years younger, he could have said, “Excuse, but you were in Canada at that time.”

LAPD never bothered to check the defendant’s phone records in the 30 days prior to his arrest. The records would have proved that he never made the 2 phone calls in question. Kamala Harris wanted to prosecute him for a hate crime. The man who made the calls was the son of a prominent Democrat judge and was never charged.

Meet The New Neighbors Democrats Are Sending Your Way

The Democrat’s 2020 platform negotiated by Joe Biden and Bernie Sanders calls for granting instant citizenship and voting rights to 32 million illegal aliens. The Democrat 2020 platform draft negotiated by Biden and Sanders. It is worse than I imagined on immigration. It promises to give visas to the families of millions of Green Card holders. These people can all get citizenship too.

We are entering a period of Global Cooling much like the Maunder Minimum (1645 – 1715.) In 1709 there was a Big Freeze in France. The ground froze to a depth of one meter (nearly 40 inches.) This was caused by 3 volcanic eruptions in Europe. The price of food rose 650%. I wrote this:

2020s: Surviving The Cold, The Quakes And Volcanoes

What you must understand is that the Bankers stole everything. There is nothing left. No pensions. No savings that cannot be claimed by a third party. They are currently selling US Treasury bonds off the books which means that our national debt is $30 trillion or more and not the mere $26.5 trillion on the books. I agree with David Dubyne who said they are buying food which they will gladly sell back to us after prices double and triple. And this was paid for by money they originally stole from us! Now you know why Bill Gates and Wall Street want 7 billion commoners to die.

The Boss Wants You Dead

I have decided to share two of the visions I had as a child. When I was eight, I had a vision of a future war that killed 99.5% of the world's population. When I was 16 and living in the projects, I had a vision of my future. I was to live in complete obscurity until it came time to stop WW III. When I was about ten, I had read a bio of Nikita Khrushchev which said he survived Stalin by playing the bumbling fool an old Russian peasant trick. I decided to do the same as I had already learned that we did not live in a democracy. The other vision I had when I was in third grade was of the Mind of God and how it interacted in the creation of the world we see. I believe you and I were born at this time precisely so we would have an opportunity to stop this war. As for my personal info, I grew up on military bases and in housing projects. My legs atrophied from starvation as a child. My second step-father died in prison. I used to have to rub my skin to simulate human contact. They did not feed me when I was a child. I do not fight in their wars as an adult.
View all posts by horse237 →
This entry was posted in Politics and tagged Health, Immigration, politics. Bookmark the permalink.