You might think I am talking about Bilderberg, the Rothschilds or the 30 Families David Rothkopf mentioned in his book Superclass. In that book he said our world is run by 30 families and their 6,000 Minions. I am talking about them and their plans to kill people by the billions but I am also talking about everyday people who vote and pay taxes but are never invited to Bilderberg meetings.

We will all bear responsibility for the billion plus people who will starve to death if we do nothing.

The US stock market is off to the worst start in history. We have as much corruption in the US and the City of London as there is in China. Until we have honest markets and prices, we will continue in this Depression which began in 2007. It will never end until we arrest the Bankers and seize their assets to fund Debt Cancellation.

Unless we take bold action and arrest our oppressors, the poor will starve to death by the hundreds of million. And that starvation is about to become more widespread and far more acute. 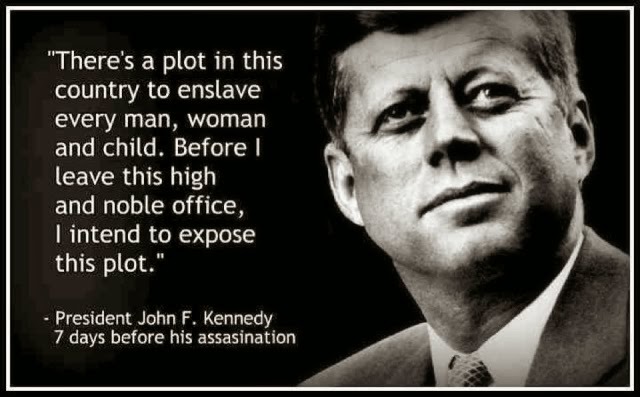 We had a sharp US stock market decline on Black Tuesday October 29. 1929. But the liquidity of the banks did not become a severe until the Rothschild owned Credit Anstalt Bank of Vienna collapsed on May 11, 1931 and Great Britain defaulted on its debts through devaluation on September 21, 1931.

The United States followed through on this pattern of contraction with a wave of bankruptcies and foreclosures which shrank the US money supply by a third.

Earlier in 1923, the Weimar Republic had tried hyperinflation to cancel Unpayable Debts. That also failed miserably.

As a reminder, I define a Depression as a period in time when Unpayable Debts are cancelled en masse. There are 3 ways to cancel Unpayable Debts. One is by default through bankruptcy and foreclosure. That starved 3 million Americans to death in the 1930s. There were not quite 125 million people in the country at the time though that number was swollen by numerous Jewish refugees.

Dr Steve Keen said we are headed to the worst Depression in 500 years because we have more Unpayable Debts to cancel than anytime in five centuries. You can measure the severity of an oncoming Depression by calculationg the amount of Unpayable Debts.

As previously mentioned, the Weimar Republic hyperinflated their currency which made their Unpayable Debts appear to be relatively smaller. A loaf of bread cost 1 mark in 1919 but by 1923, that same loaf would cost 100 billion marks, a 10 trillion percent increase. This destroyed the German economy but enriched people with access to foreign capital like the Jews.

When I talk to small groups about money, I always begin by telling them that 3 million Americans starved to death in the 1930s. If that same Depression happened today, we would expect 10 million to die of starvation. We have increased our population by 200%. In 1933 most Americans lived near farms. Not today. There are 30 million deer in the US. When this Depression hits us hard, there will be very few free roaming deer and rabbits after the second year. But that will not help the majority of Americans who do not live in rural areas.

I wrote this following article to drive home what mass starvation would look like:

The Third Way is Debt Cancellation by government action. It is the best way to stop a Depression. This was actually discovered by the ancient kings of Sumer and Babylon. The king periodically cancelled debts for national security reasons. When a man goes into debt bondage, his creditors immediately seize his weapons and his property. If he continues in bondage, he has no reason and no means to defend the king from foreign invaders. By periodically decreeing Debt Cancellation, the king protected his military base.

The Bible writers and the Romans copied Babylonian Debt Cancellation. The Romans stopped practicing it by the time the Republic was in decline. This decreased their military reserves from 700,000 to 125,000 professional soldiers augmented by foreign mercenaries. The prophet Jeremiah said Judah would never had been taken into captivity by Babylon if they had practiced the Jubilee. In fact the Bible Writers had never heard of the Jubilee until they reached Babylon. There is no ancient record of Judah practicing Debt Cancellation.

We have a choice to make. We can arrest the Bankers and seize their assets to fund Debt Cancellation or we can let the 30 Families starve a billion people to death and kill even more of us through a series of plagues and wars.

If we let the Bankers starve a billion people to death, the world we knew and the nations where we grew up will be destroyed.

Our leaders are appointed by the 30 Families. They seem to want to give World War III a chance. I do not. I would prefer that we arrest the Bankers.

My regular readers know the quote from Catherine Austin Fitts who told Greg Hunter that ‘they’ stole $40 trillion from us and will steal tens of trillions more. That is a low ball estimate of the amount of money the 30 Families took from us. After all, they did design our banking system to transfer wealth from us to them. And they have stolen all of our pension funds and our savings. Catherine noted that she had a clandestine meeting with a man who also worked with large investment portfolios.

During the space of an hour and a half, they shared their information and agreed: The Powers That Be had let Wall Street steal all of our pensions and savings. They had made no provisions for our survival meaning that they had decided to kill almost everyone over 40. They concluded at this meeting in the 1990s that Genocide of the American people was definitely on the agenda.

This led me to conclude that ‘they’ had decided to start a three way Race War in America with Latinos, whites and blacks killing each other. This was to begin 24 hours after Food Stamps are cancelled.

I have explained how we could use Debt Cancellation to take down our oppressors:

I do not have much faith in the American political process as the 30 Families and their 6,000 Minions run the media, the politicians and the courts. The US and world economy are collapsing so fast that I do not see us lasting until election day November 8, 2016 though that is possible.

The public at some point will demand martial law. But I don’t think that will work unless the US military stops the Depression and starts arresting Bankers. I wrote about that here:

How And Why An American Military Coup Could Save The World

I have written about the monetary reforms we need to keep the Banks from creating even more Unpayable Debts. They do that every time they make a loan by creating money out of thin air and charging us interest. Please read this so you will understand the reforms we need.

IMF Economists: ‘We Were Wrong.’ Will Someone Please Tell The Press And The Politicians.

Below is the link to Iceland’s Monetary Reform proposal which has been endorsed by experts both as workable and needed.

We are running out of time. Martial law is coming.  Dr Michael Hudson and others have said Unpayable Debts will never be paid. The Tyrants who rule over us have decided to cancel their debts and to seize our remaining assets through Bail Ins, defaults and inflation. That will guarantee that several billion people will die.

We cannot tolerate such despicable behavior in our rulers.

I decided long ago that I was born a free man and will die a free man. I will never accept this present Tyranny as my legitimate government.

I have decided to share two of the visions I had as a child. When I was eight, I had a vision of a future war that killed 99.5% of the world's population. When I was 16 and living in the projects, I had a vision of my future. I was to live in complete obscurity until it came time to stop WW III. When I was about ten, I had read a bio of Nikita Khrushchev which said he survived Stalin by playing the bumbling fool an old Russian peasant trick. I decided to do the same as I had already learned that we did not live in a democracy. The other vision I had when I was in third grade was of the Mind of God and how it interacted in the creation of the world we see. I believe you and I were born at this time precisely so we would have an opportunity to stop this war. As for my personal info, I grew up on military bases and in housing projects. My legs atrophied from starvation as a child. My second step-father died in prison. I used to have to rub my skin to simulate human contact. They did not feed me when I was a child. I do not fight in their wars as an adult.
View all posts by horse237 →
This entry was posted in Bilderberg and tagged Bilderberg, Debt Cancellation, Revolution. Bookmark the permalink.